In the week before half term, our Year 13s experienced the latest exciting stage in the development of the Forest Diploma programme: the Forest Viva interviews.

At the heart of the Forest Diploma is developing outstanding communication skills, and the Viva interview plays a huge part in that. A team of 15 specially invited professionals from different fields – including medicine, business, law and academia – kindly volunteered their time to visit Forest to meet with and interview Year 13 pupils about their progress during the Sixth Form.

Old Foresters may be interested to hear that the volunteers included five OFs: Tony Martin, Johnians 1948-57; Elwin Cockett, Copeland’s 1973-77 and current Governor; Geraldine Atlee, Park 1979-86 (who also gave out GS prizes in 2016); Liz Sidwell, OF, Governor, and former teacher and Tony Leek, Johnians 1958-65. Ben Whitworth was a parent volunteer (who also gave us free access to the venue for the last October’s Network Event). Thank you to all who so generously volunteered their time.

The interview questions were designed to encourage a high level of self-reflection, and the ability to comment meaningfully on their experiences, both academic and non-academic. For many of our Year 13 pupils, this was their first taste of a formal interview, and although challenging (and even slightly nerve-wracking for some!) our Year 13 pupils rose to the challenge admirably. 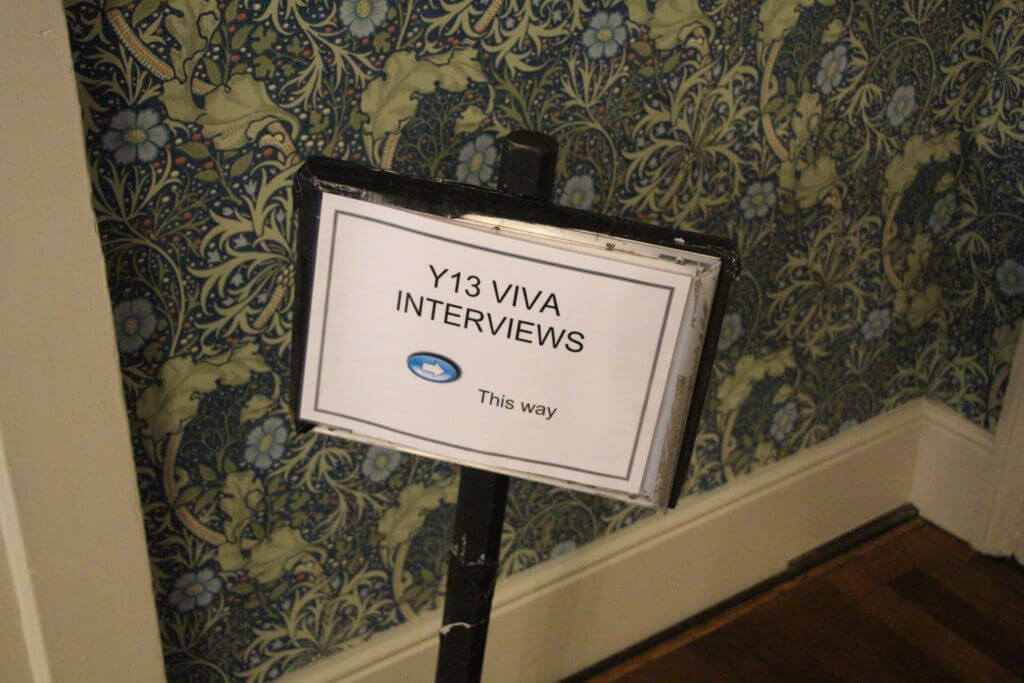 The volunteer interviewers- several of whom had had no prior contact with Forest- were uniformly impressed by our pupils; Dr T Kirwan said “not only did my interviewees come across as engaged, thoughtful and determined young people, but they also impressed me with their ability to think on their feet, as well as their fantastic social skills.” The Old Foresters were impressed with the knowledgeable interest in, and considered opinions on, world issues of those whom they interviewed.

For the majority of the Year 13s, this was the final part of the Diploma programme they had to complete, the culmination of 18 months of hard, and frequently inspiring, work.