The annual event, which is held in over 100 countries around the globe, aims to promote the safe and responsible use of the digital world for children and young people.

During the day, Prep School pupils were given a special timetable of events which helped highlight the positive use of the online world and how they can play their part in creating a better and safer online community. 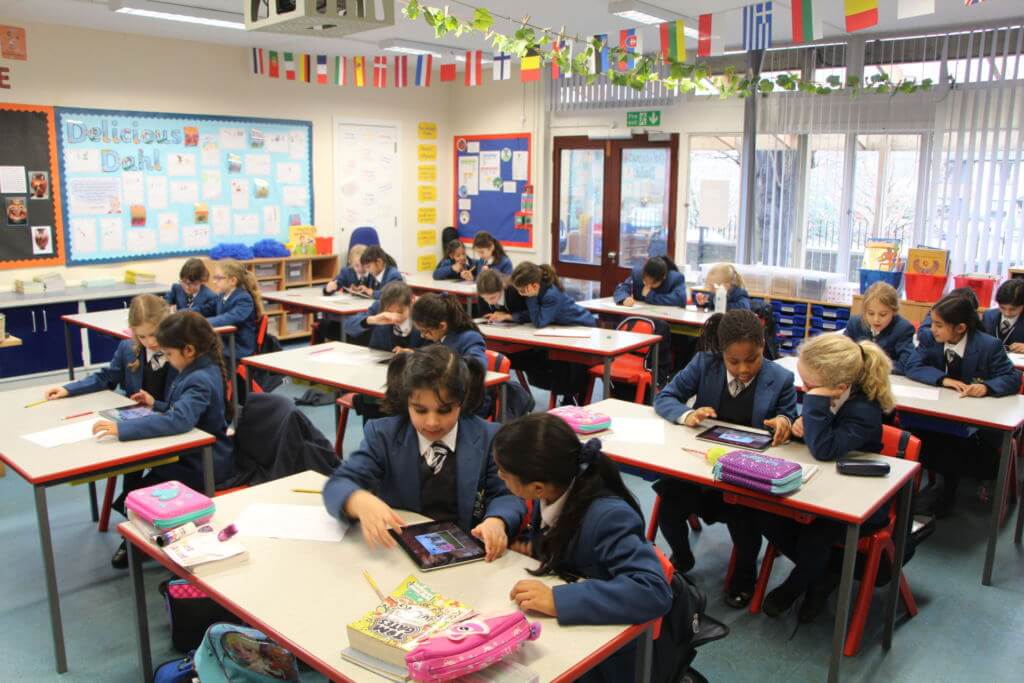 Pupils used their iPads to create short animations which helped show them the role they have to play. The pupils from Y3 to Y6 also discussed selfies, looking at the risks of posting them online.

The session also included running through a play script which emphasised the responsibility of taking and sharing digital imagery. Discussing the play, pupils agreed the message had been that they should only share an image if they have permission and that they all should be mindful of their own digital footprint. Pre-Prep pupils also had a session on online safety, discussing how to deal with unwanted pop-ups. 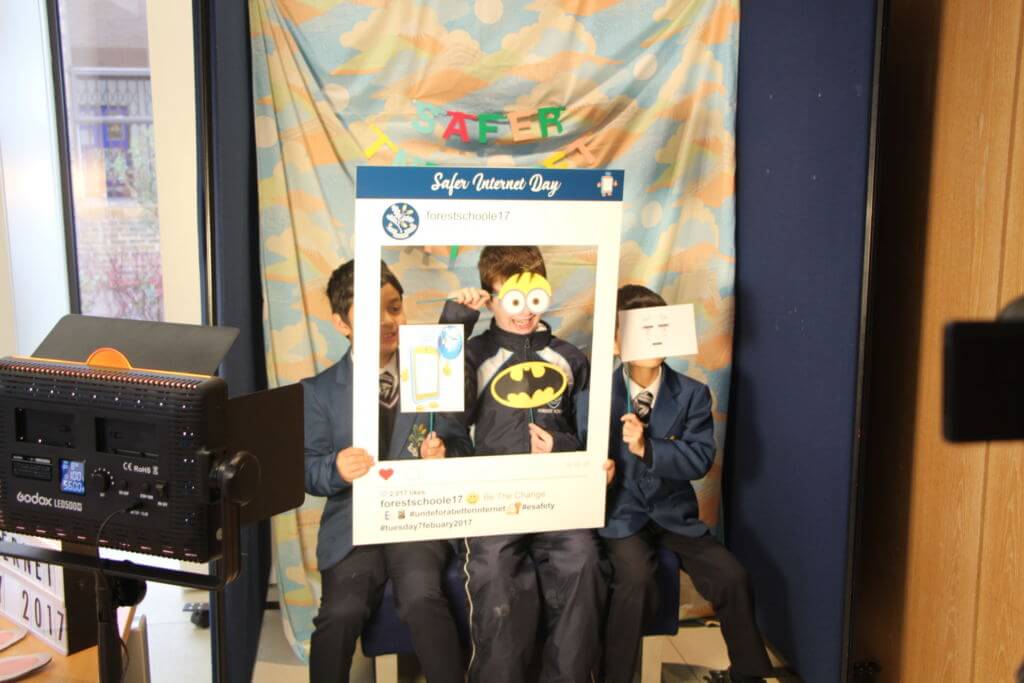 Following the classroom sessions, pupils got the chance to visit the Safer Internet Day photo booth in the Martin Centre, where they could use emojis and an Instagram cut out to take a photo.

In the photo booth, they were also asked how they thought they could each make the internet a safer place. Forest staff and senior pupils were also given the chance to take a photo with the cut out as it moved around the School. 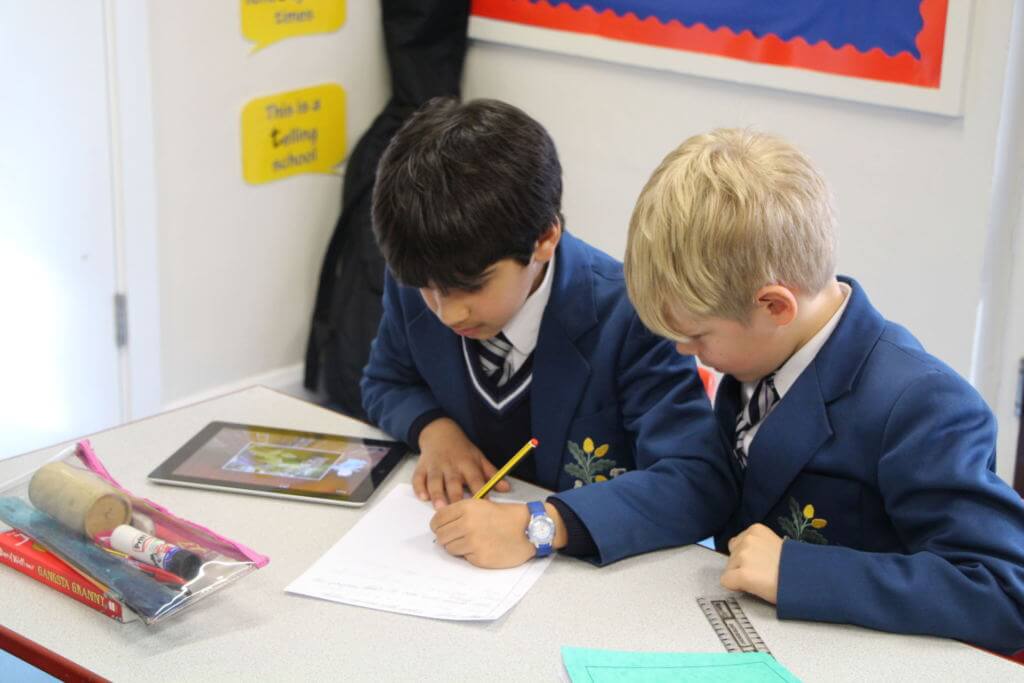 In recent years, Forest has dedicated a wide range of online applications and resources to support digital learning. Bring Your Own Device was introduced in 2015; this requires every pupil from Y7 to have a portable, keyboard-enabled device. This means that Forest teachers are able to direct pupils to websites and our own online resources during any lesson.

A spokesman for Forest said: ‘We want our pupils to be informed, responsible and active participants in a connected, information-orientated society. We want pupils to be prepared for the future, to shape it and not to learn about living in this emerging society by accident.

‘Safer Internet Day was a fantastic opportunity for pupils to learn and discuss how they can each help create a better and safer online community.’ 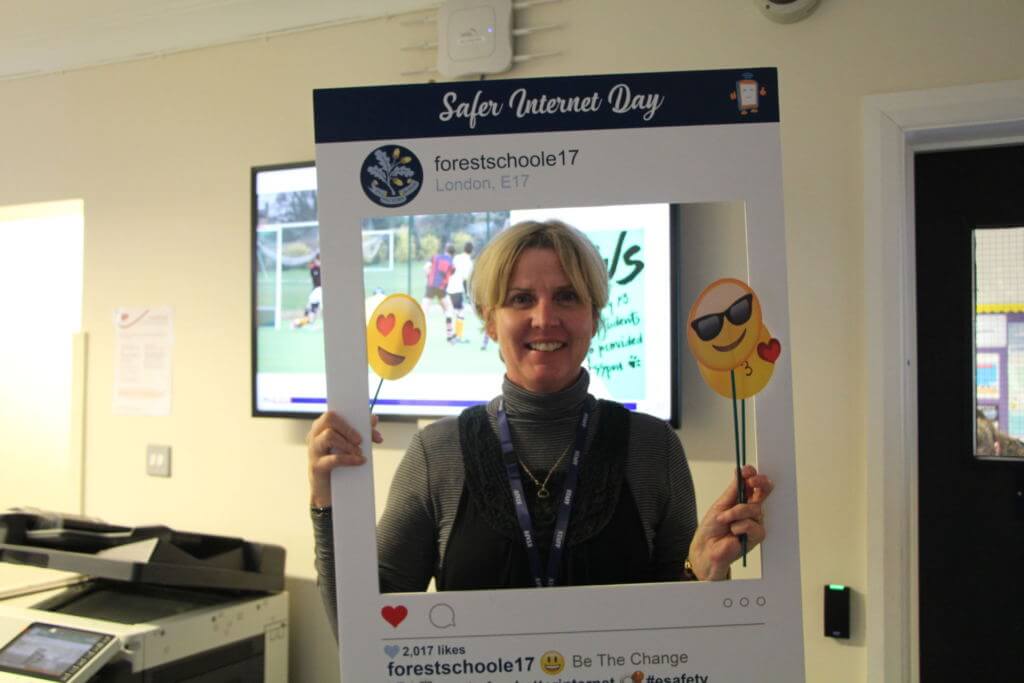