Following weeks of campaigning, Forest pupils and staff have voted Labour to represent them in a mock election.

Labour, led by Zarin, Y12, managed to hold on to the Forest seat following the 2015 vote, with a 5.5% swing from the Conservatives, who were represented by Maxwell, Y8.

Despite early polls within the School suggesting Labour would lose the seat, Zarin managed to turn it around and prevent a Conservative win. 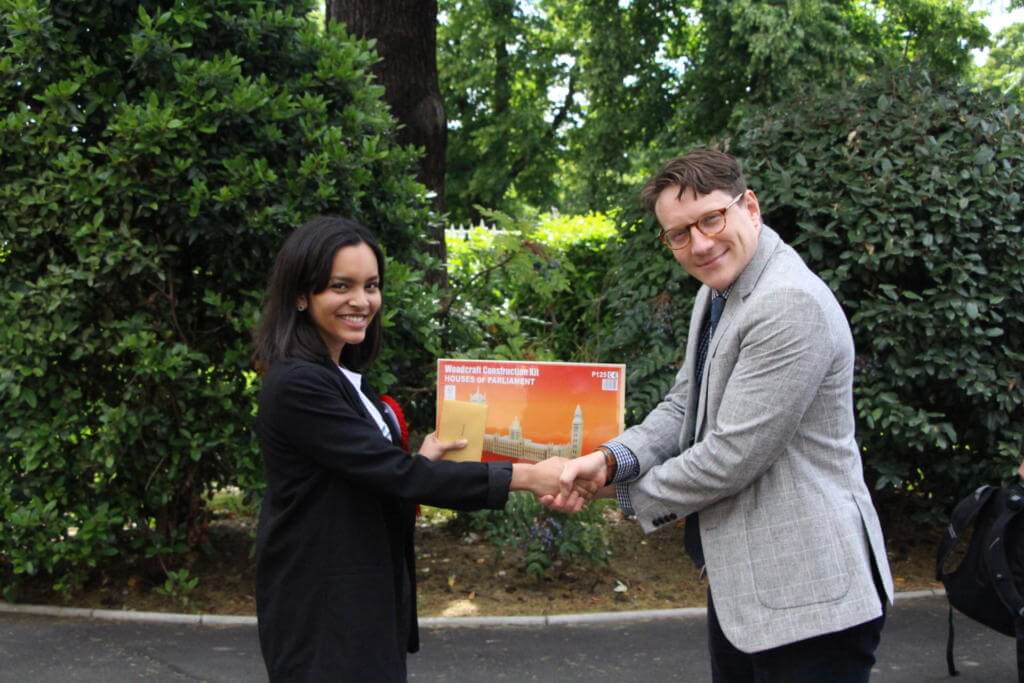 Speaking about running for Labour leader, Zarin explained: ‘I decided to stand for the Labour party at Forest because I want to be able to share my passion for politics to the School, especially the younger years, to show how politics and the people we put in power can have such a crucial part in our lives, especially now, with such major changes happening in UK politics.’

Taking second place were the Conservatives, led by Maxwell, Y8, who had insisted only his party could truly ‘take the country through the challenges of Brexit’. In her victory speech, Zarin paid tribute to the Y8 pupil and his confidence throughout the campaign.

During the campaign, the four candidates carried out regular hustings in School assemblies and staff meetings. The four were also seen around the site talking to peers about why they should vote for them.

Speaking about the vote, organiser and teacher Mr Bill OBrien-Blake said: ‘Forest is lucky that its pupils are so outward focused and interested in the world around them.

‘Holding an election here at Forest to mimic the world beyond the School, allows pupils to directly engage in debates and discussions over issues that are of enormous importance to their lives.’

Last year, pupils and staff took part in mock elections for Brexit and the US election, however with those votes going against the actual result Zarin may be hoping for better luck for her party.