The Forest pupil and the fastest marathon runner on the planet!

Last month Isabelle Kyson (Yr 7) was invited to a world famous training camp in Kenya to meet; interview and train with the biggest names in long-distance running. We’re excited to report on her Kyson Kenyan journey.
Isabelle is a multi-event athlete excelling in 200m, 600m, 800m & Sprint Hurdles and last Summer she became a Nike Ambassador.

As a Nike Ambassador Isabelle travelled to Kenya to spend time with Patrick Sang – one the most successful athletics coaches of all time. She conducted a filmed interview with Patrick where her questions were primarily targeted to provide advice to young aspiring runners.

During the trip Isabelle experienced some high altitude training, and a speed endurance session on the Kaptagat ‘dirt’ running track (shared with cows). She also got to spend some time and run with Eliud Kipchoge (Marathon World Record Holder; Olympic and World Champion) and Faith Kipyegon (Olympic and World Champion). Amazingly, Isabelle has an open invite to stay at the training camp to train in the future!

Here are some pictures of Isabelle meeting the true greats in long distance running. 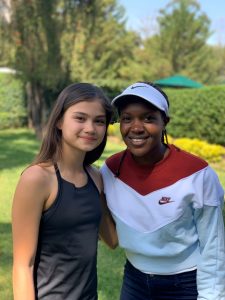 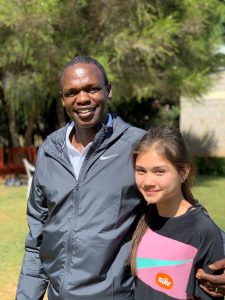 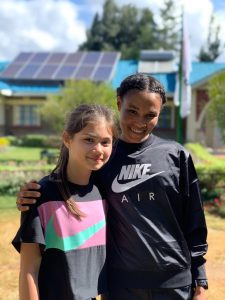 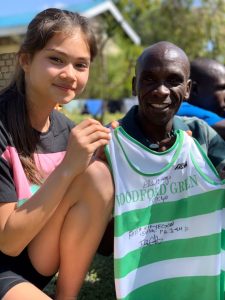