Congratulations to Forest pupil, Charlie Ward, for winning gold in Kumite at the AMA International meet in Sheffield last week.

Charlie has been part of the Karate England National squad for the last three years and travelled with a large squad to Sheffield’s Pond Forge Arena to take part in the competition.

He won his first 3 fights 4-0 followed by 4-1 in the semi final. This set him up for the final against a fellow club mate which was tricky as they were familiar with each other’s techniques and counters. At the end of time the score was still 0-0 and so entered into a final sudden death period where Charlie pushed his opponent back onto the edge of the mat and slid a quick body punch in to win GOLD. Nail-biting stuff! 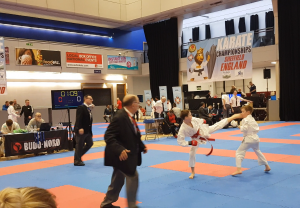 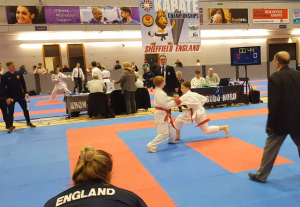