The procession, which dates back to the 16th century, saw over 7,000 people take part with hundreds of thousands lining the streets of the City of London.

The Big Band performed in the show on a float, which took inspiration from Forest’s location on the edge of Epping Forest. The show, now in its 801st year, celebrates the first public engagement by the new Lord Mayor, Dr Andrew Parmley. 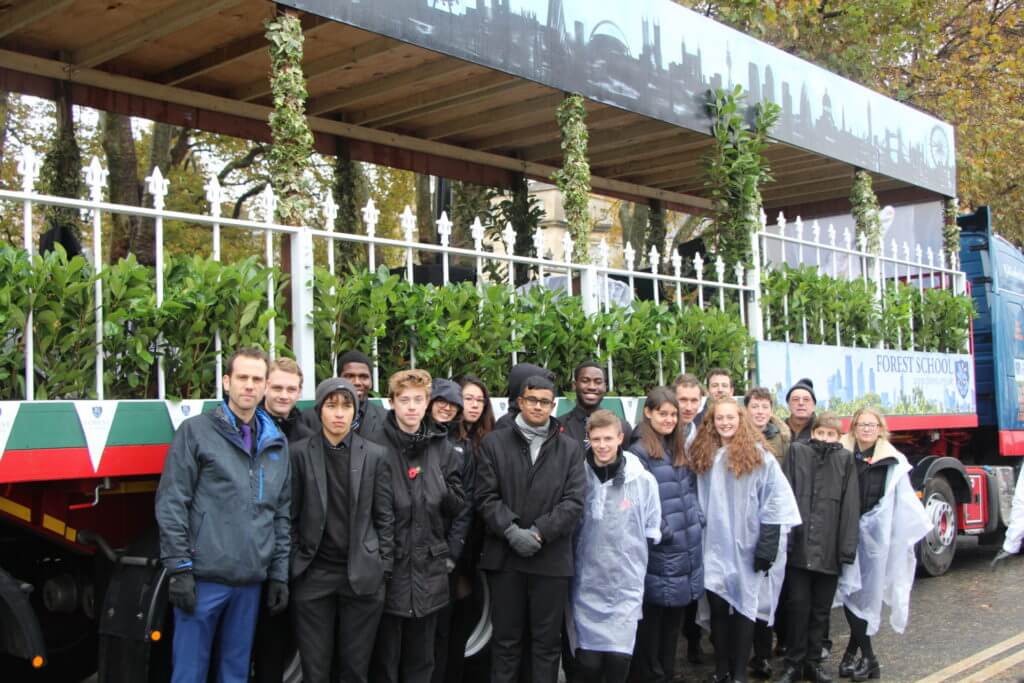 Forest’s Big Band entertained the crowds along the route.

Dr Parmley is a former Director of Music at Forest (1984 – 1993). During his time at the School, he founded the Big Band so it was a fitting tribute that almost 30 years later, the ensemble would perform for him in the procession that marks his inauguration.

This summer Old Foresters William Couzens and Lewis Boyce, both of whom have an interest in graphic design, worked on bringing the float, which was almost 13 metres long, to life. 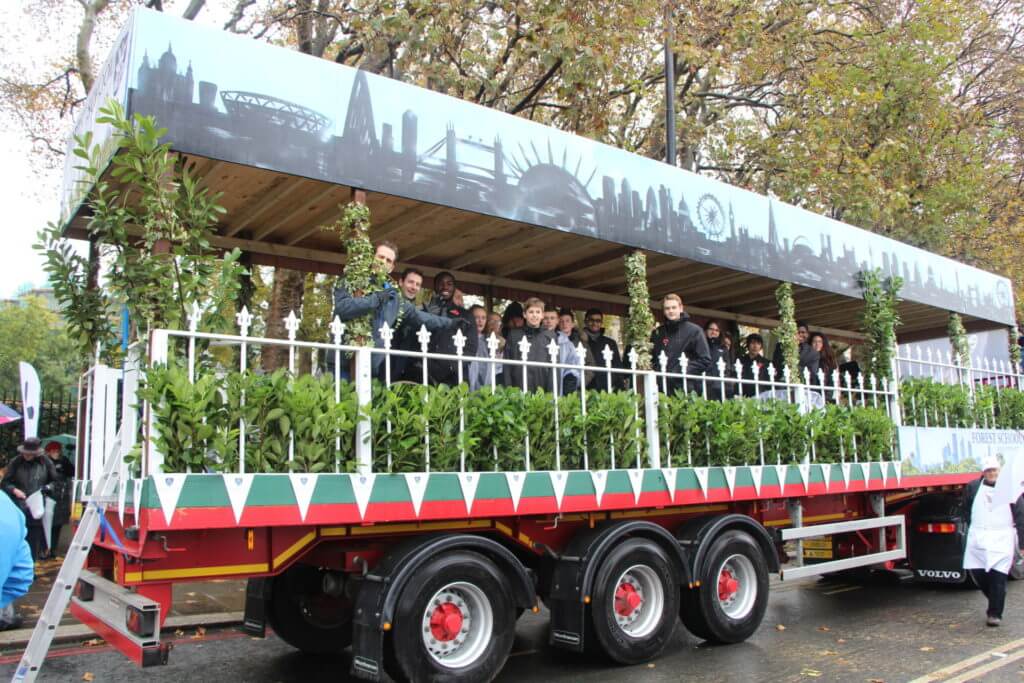 The float celebrated Forest’s location on the edge of Epping Forest.

William and Lewis worked on the theme which celebrated the school’s close location to the city, while being surrounded by ancient forest.

The float was then constructed on-site by the School’s in-house Estates Team, led by Jason Stalley and Rob Coles, who worked around the clock to bring it all together.

Charlie Palline, who is also an Old Forester and now works as a professional artist, painted the iconic London skyline which can be seen around the top of the float. The skyline, which includes the Shard, St Paul’s and the Gherkin, can be seen from the top of the School’s roof. 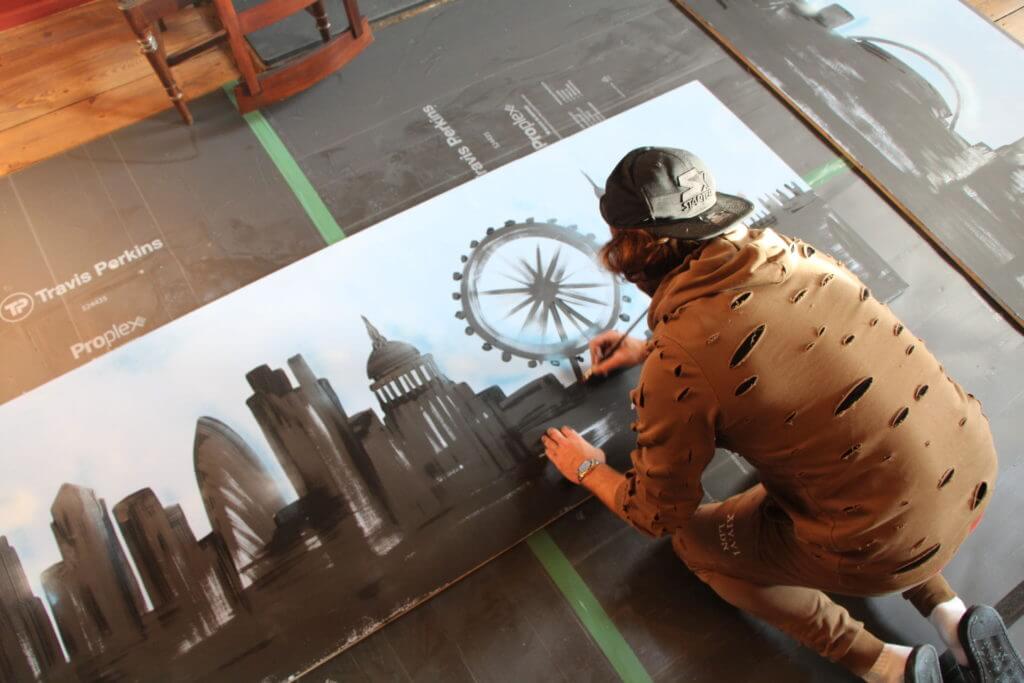 OF Charlie worked on the iconic skyline.

Celebrating the forest theme the entry included over 50 laurel bushes, supplied by former parent Michelle Partos, which will now be planted back into the School as a lasting legacy of the show and continues the School’s commitment to protecting the environment.

Ahead of the show, on Friday 11 November, the float was waved off by the School’s Pre-Prep and Prep pupils as it made its way to the city. 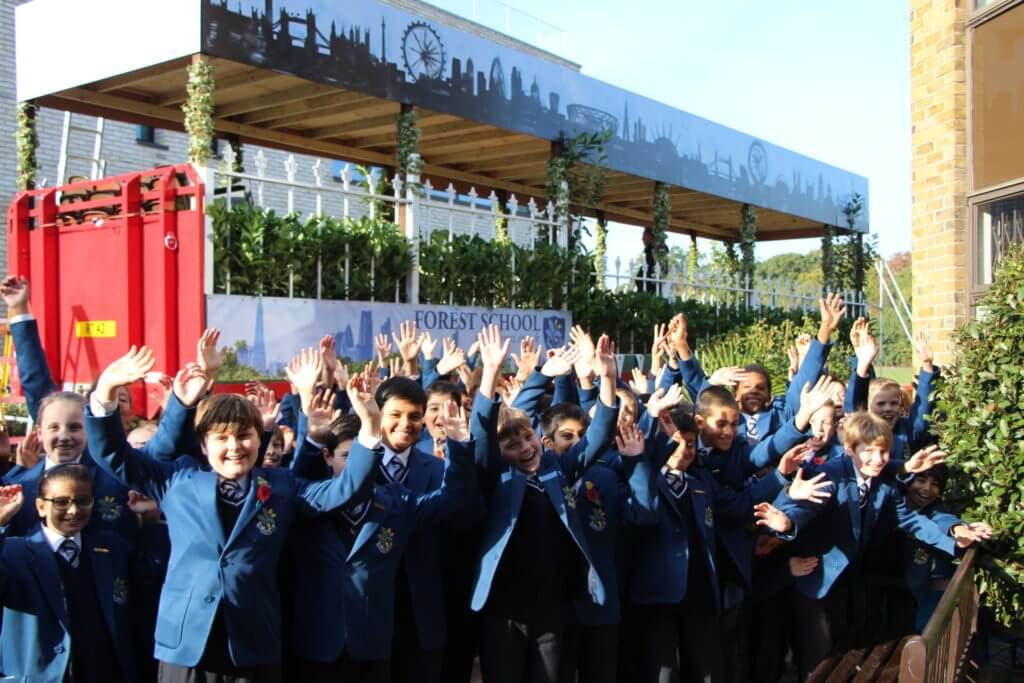 Pre-Prep and Prep pupils waved the float off ahead of the big day.

Forest previously took part in the Lord Mayor’s Show in 2009. 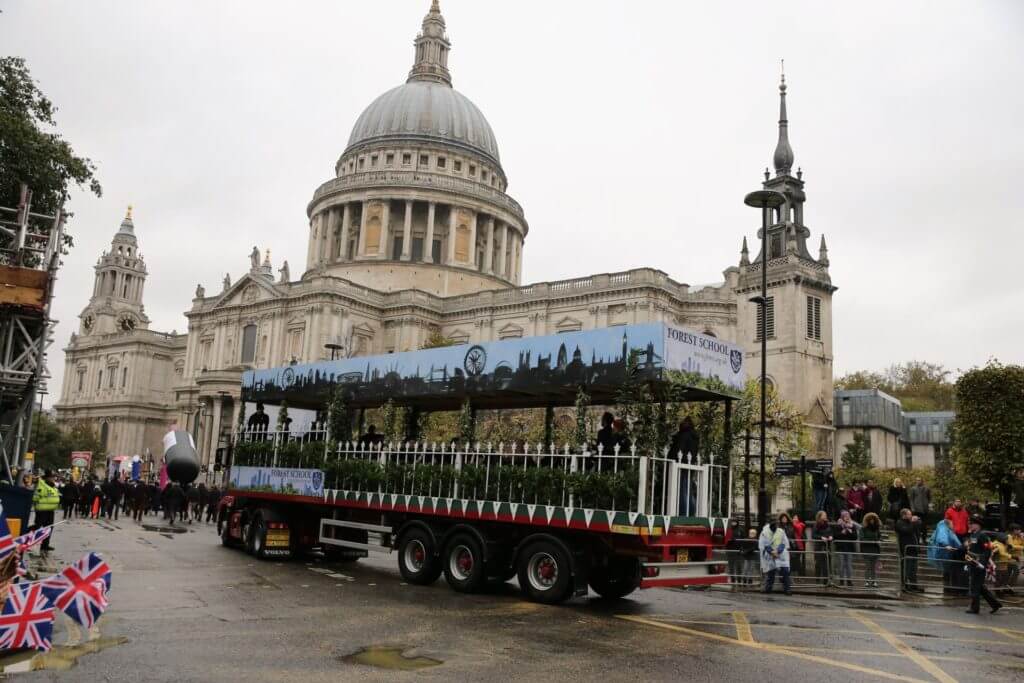