The fair, which takes place in the Sports Hall, featured 96 exhibitors including some of the UK’s top universities including the University of Oxford, St Andrews and King’s College London.

During the fair, university ambassadors spoke to the pupils about their next steps in looking at and applying for the right course and place.

This year, the fair also featured over 45 industry professionals from some of the country’s most successful organisations including Accenture, Deloitte, EY, London Stock Exchange and the London Underground.

They offered career advice and spoke to pupils about what experience they may need for roles at their respective companies. 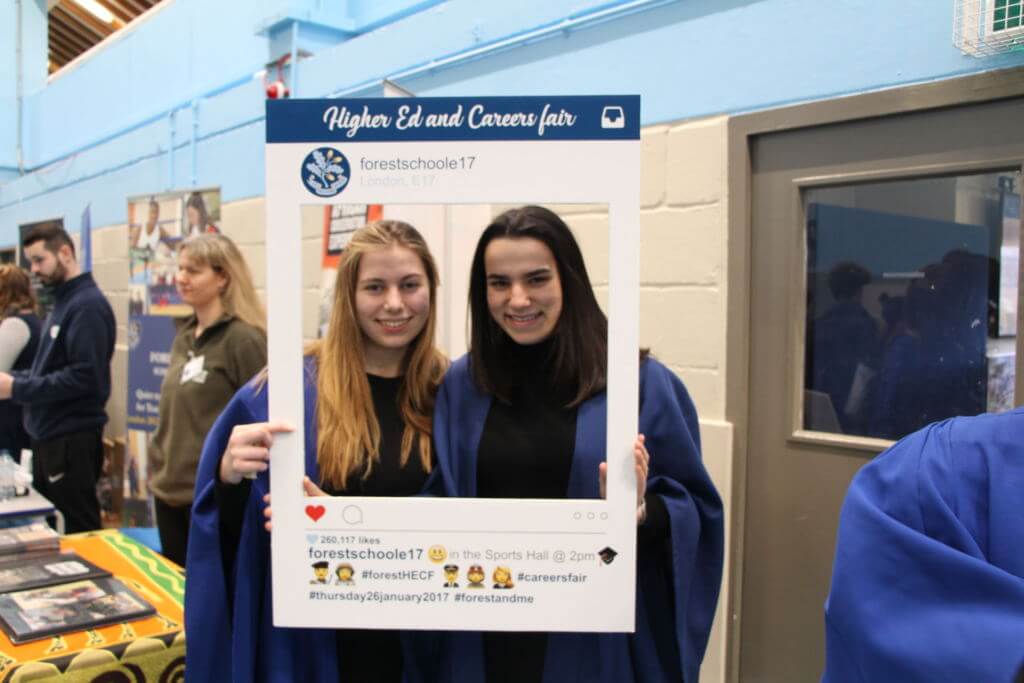 Forest pupils from years 10 to 12 visited the fair during the afternoon, while over 350 external pupils from 14 local schools also attended the fair meaning over the four hours over 800 pupils passed through the event.

The fair will take place again next year on Thursday 25 January 2018.