On Wednesday 1st and Thursday 2nd May the Boys First XI Hockey team represented the school in the England Hockey Tier 3 Schools Championships National Finals. The road to the finals day had been a long journey starting way back in January against local rivals Chigwell. Having seen them off in a tense 3-2 win the second round beckoned and we faced an accomplished Bishops Stortford side. Despite a good showing from our boys they were beaten and as a result were placed in the Tier 3 Cup (the former England Hockey Plate). Tough ties still beckoned with some of the regions strongest schools to come. However, a solid victory against Stowe followed by excellent wins against Framlingham and Perse set up Forest’s first ever appearance at a National Outdoor Final.

On Wednesday we competed against Altrincham Grammar in the semi-final. The opposition proved to be tough, boasting several national players. Forest struggled to get going in the first half and were on the wrong end of a 3-0 scoreline at the break. The second half performance was valiant and Forest began to grow in confidence after an early goal from Liam Dolden. a tense period followed and the next goal would be crucial if Forest were to stage an unlikely come-back. Unfortunately, it was Atrincham who struck next and shortly after it was 1-5. Liam Dolden added another late goal but it was too little too late on the overall result. The team reflected on a good second half performance and now looked ahead at the opportunity to securing 3rd place in the playoff the following day. Incidentally, Altrincham went on to win the final 4-0, a thoroughly deserved win.

On Thursday morning Forest arrived at Lee Valley Hockey Centre fully focused on securing 3rd place and to finish the long season on a high. To do that they would need to beat Magdalen College School. Around 40 younger Forest hockey players came to support the team and were in good voice from the start. The first half was a cagey affair and again Forest took some time to rise to the occasion. In the first half we struggled to cope with the opposition’s aggressive press and their formation meant we were slightly overrun in midfield. the pressure eventually told and MCS took a deserved 1-0 lead. The team were somewhat lucky to come in only 1-0 down at half time, a fantastic performance from Akshay Palniappan in goal was pivotal. Some tactical restructuring and focus on how the opposition were setting up was required and the boys started the second half confidently. However, it felt like it would take something special to get Forest back into the game. Six minutes into the second half Aman Bassi obliged, picking the ball up just outside the circle before beating two players and smashing the ball into the roof of the net on his reverse stick. The fans were rapturous. Forest were in the game. Two minutes later and with Forest piling on the pressure MCS’s defence cracked and they conceded a penalty stroke. Freddie Britt stepped up and coolly put the ball into the top left corner. Calmness personified. Forest continued to pile on the pressure and Liam Dolden made it 3-1 with a well-timed finish on the back post.  A quick response from MCS to make it 3-2 set up a tense final ten minutes but more superb work from Akshay Palaniappan in goal and Dominic Bury and Max Wadsworth in defence ensured that Forest finished the game 3-2 and thus secured third place.

It was a fantastic way to end a season in which the boys can be immensely proud of their achievements. They have surpassed the accomplishments of past senior hockey teams this year and with the core of the team being in Year 12 we are all looking forward to continued success next year. A special mention to the Year 13 boys for their efforts, what a way to finish your school careers! 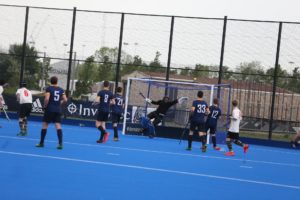 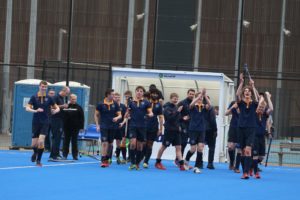 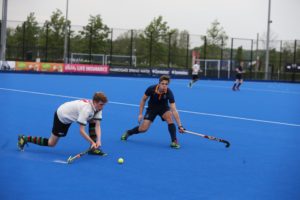 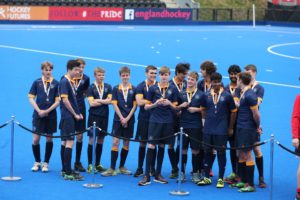 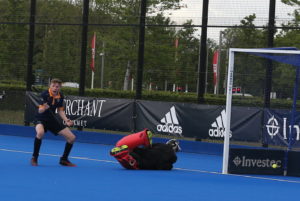