Congratulations to Forest pupil Elise Alexandre in Year 8 who travelled to Italy this summer to compete in the European Softball Championships.

Elise is in Team GB and played against teams from Russia, Crotia, Czech Republic and Italy.

The British team came 2nd overall which is the highest achievement the team has ever had at this age level. 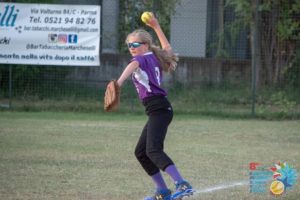