Forest School welcomed back the Ossain Ensemble for their eighth visit on Tuesday 31 January.

The Ossian Ensemble is a new music ensemble directed by Darren Bloom, Forest’s visiting composer, which has had fellowships at both the Royal Academy of Music and the Royal College of Music, frequently premiering pieces by composers such as Jonathan Cole and Edward Nesbit.

Its members have played with all of the renowned British orchestras, including the London Symphony Orchestra, Aurora Orchestra and the Hallé. 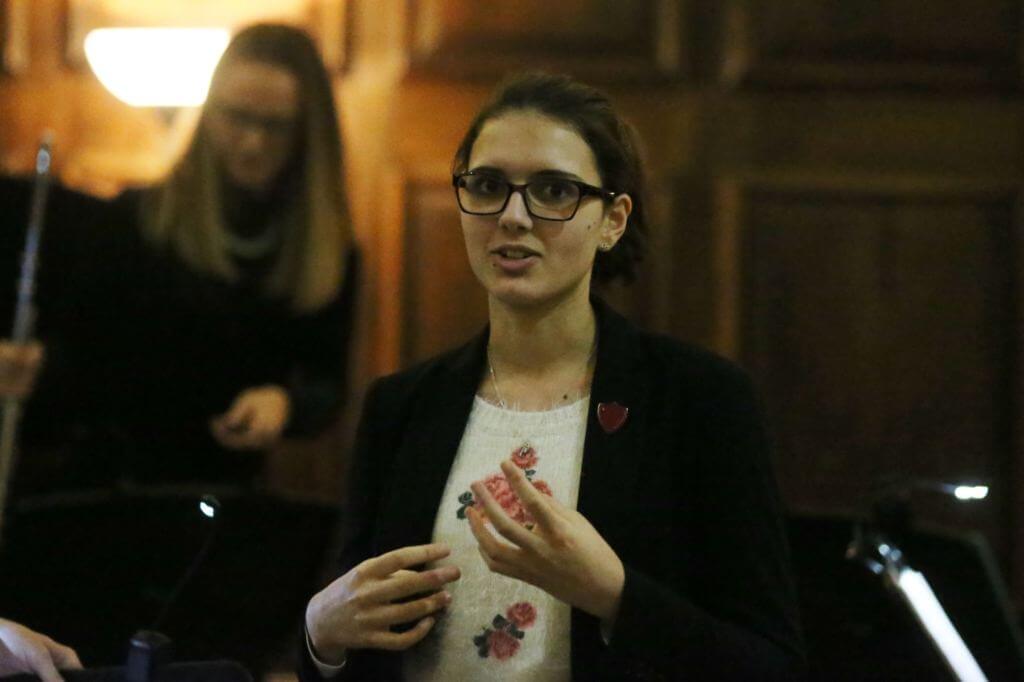 The centrepiece of Tuesday’s concert was a thrilling performance of Eight Songs for a Mad King by Peter Maxwell Davies, with the group portraying the tragedy of King George III’s gradual descent into madness. The performance incorporated drama as well as music, including the startling smashing of a violin. 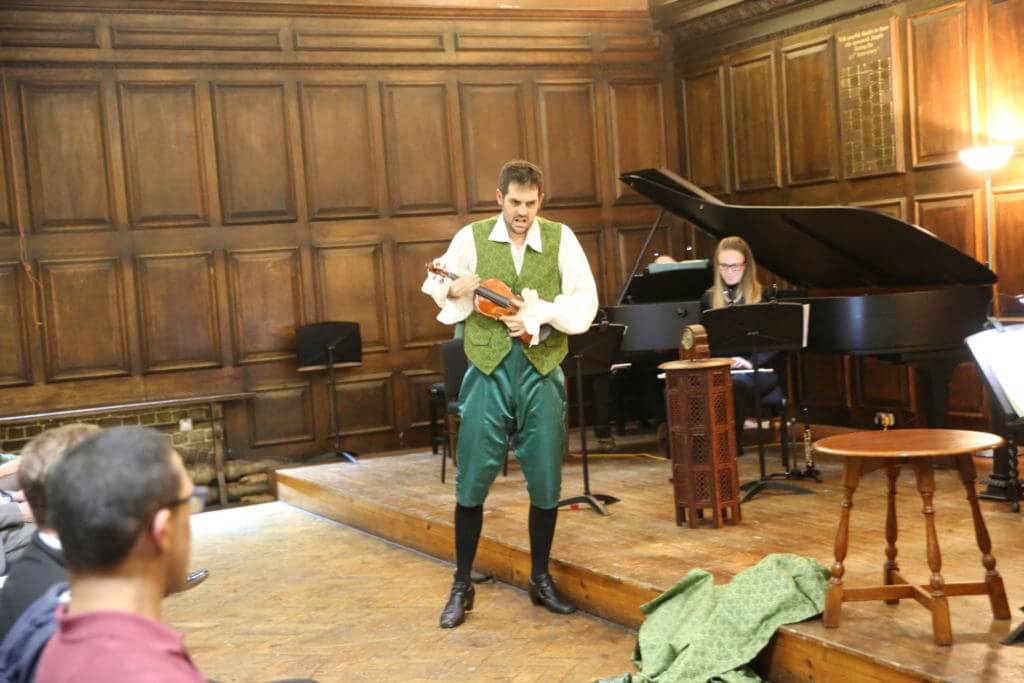 The first half of the concert focused on pupil compositions by Evan Bailey, Tobias Hendricks, Lucas Boardman, Tom Lister and Zoë Kundu.

The Forest pupils were able to workshop their compositions during the day, having had previous workshops back in November.

Zoe, Y13, said: ‘This was a very exciting opportunity, as there is nothing better than having your own music brought to life by top quality professional musicians – a very inspiring experience.’