The 14 Foresters arrived on the Friday evening, attending a team bonding event which included bowling and a dinner. The following morning, the weekend’s hockey kicked off with a game against Nottingham Grammar School.

The game was a successful start to the festival with the Foresters winning 4-3 to Nottingham.

Later that day, the boys faced tough opposition against Eastbourne School and despite their best efforts the result went in Eastbourne’s favour.

The tour concluded on Sunday morning with a closely contested 1-1 draw against Bangor School from Northern Ireland. Prior Park College was an ideal setting to play hockey and the boys were able to take in some of the stunning views before lunch and the journey home.

Speaking about the weekend, Mr Ben Lumley, Head of Boys’ Games said: ‘It was a great weekend with terrific playing from the boys. As always we were hosted excellently by King Edward’s School in a beautiful setting. 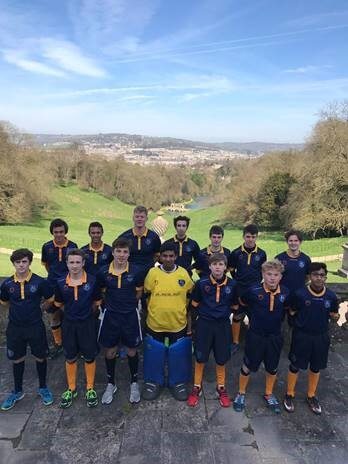