One of Britain’s most celebrated climbers and adventurers, Ben Heason, visited Forest for the latest Look Out lecture on Thursday 9 February.

During the lecture, Ben regaled Sixth Formers with stories of his various adventures, including his most noteworthy achievement to date: in 2005 he was lead climber on an international team which made the first free-climbed ascent of Angels Falls in Venezuela, the world’s highest waterfall.

Angel Falls is a staggering 3230 feet high and is overhanging virtually throughout, and it took the team 20 days of continuous effort to scale it. Their achievement has been described as ‘one of the finest achievements by British climbers on foreign soil’. 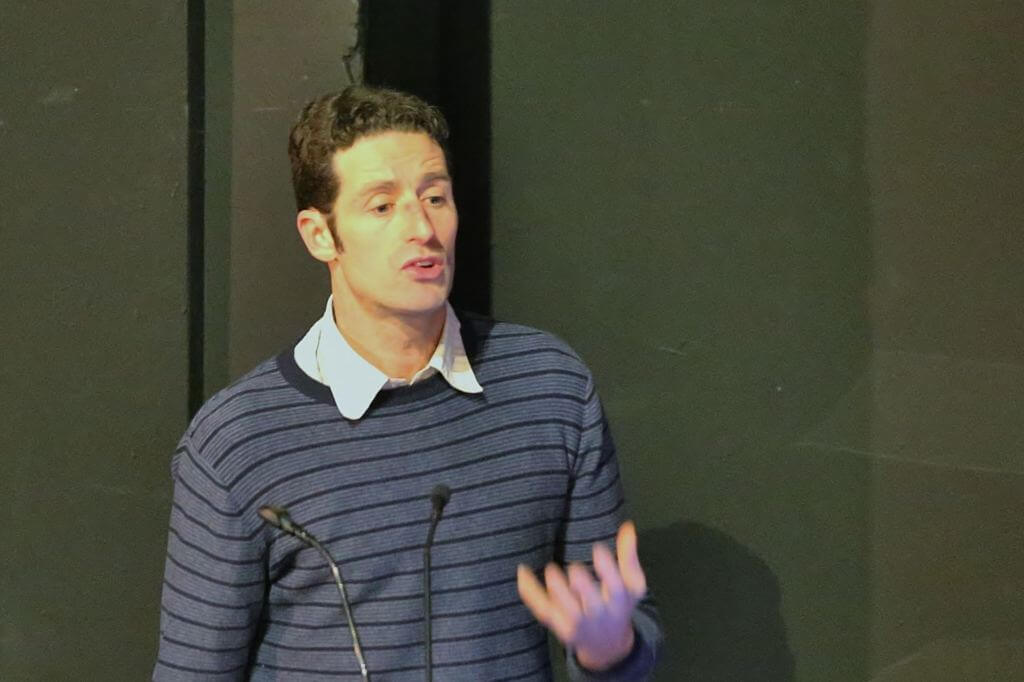 In a lively, entertaining and fast-paced talk – illustrated by some of the most stunning photographs and, quite frankly, terrifying video footage that any of our pupils have seen – Ben delved into his past, taking us with him on his journey to climbing success.

Forest’s Diploma Coordinator Mr Tom Burnside said: ‘The celebrated climber explained how a positive attitude, combined with forward planning and excellent teamwork, can lead to great success in whatever field our Sixth Formers choose to follow.

‘It was a real privilege to listen to such a driven, ambitious and passionate man- in his own words, ‘a bit of a nutter’- who has been able to do truly extraordinary and inspiring things.’