Barnum: When we all joined the Circus

Our Lent term musical took place at the end of February, with an unprecedented 185 pupils taking part in the production.

We set our version of Barnum in the East End to incorporate some of our own history, as Forest was founded at the very time Barnum’s tale begins. We didn’t expect our East End production to get so many reviews calling for a West End reprisal!
This was an ambitious project even by Forest standards: as well as ensuring lines and songs were learnt, a live band accompanied the cast, and an epic set was built for the show to be performed on. Barnum called on the many talents present at Forest and it has been incredible to see what was achieved when all working together.  Mr Stockwell, our very own musical ringmaster, conducted our 20 strong ‘Big Band’ of teachers and pupils providing the lively score underpinning all the action on stage.  The Estates Team and Theatre Manager provided the most magical transformation of the Sportshall.
Our fabulous Miss Cleveland-Hurley choreographed numbers throughout the play for the ensemble, main characters, and a select dance squad. Alongside these tailored routines, our pupils also benefitted from specialist instruction from world-class circus performers, learning how to juggle, diabolo, and perform aerial stunts.  Our all-female Corps of Drummers offered a feast for the senses opening the second act drumming in the dark with illuminated drumsticks keeping perfect time.
The enormously talented Mrs Mitchell lead a team of staff and pupils who created some of the amazing costumes for the cast, and created intricate sashes for our suffragettes.  For all the other costumes, our partnership with the Hackney Empire allowed us to source garments of all shapes and sizes.  And last, but certainly not least, we were delighted our entire Prep School were the first audience to see Barnum and grateful for our Year 5s who gave us their artistic interpretations of the circus, which provided the artwork on all our marketing materials!
What a success it was! We believe the reviews speak for themselves but would like to extend particular thanks to Miss Van Praagh for the vision she brought to the production, and to the entire Co-Curricular team who made this fantastic show possible. 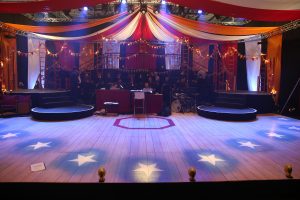 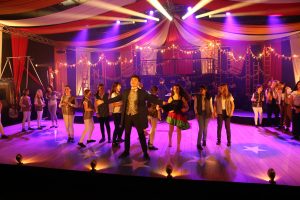 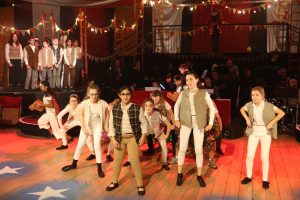 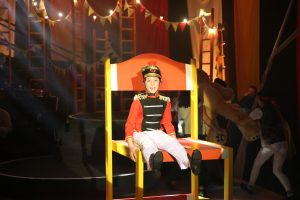 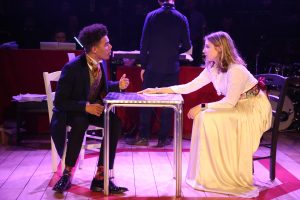 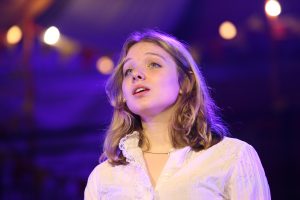 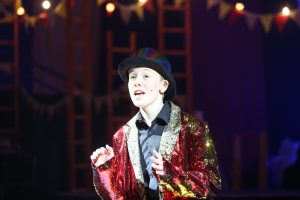 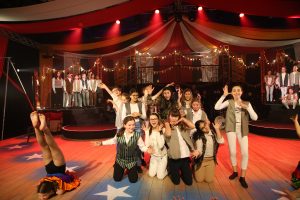 Pupil reviews‘
It was absolutely my favourite production I have done anywhere! I have never done a play where the sense of community was so strong. Also there was such a clear ethos that we were a team. All day I see people from the cast who smile at me. The only thing I would change is that I would have loved to do at least one more performance.’
‘I was doing the lighting because I was not confident enough to be in the actual play but when I saw everyone being so supportive of each other, it just made me want to be a part of it all. This has boosted my confidence and convinced me to try out for the next play!’
Audience reviews
‘Best one yet. Set sensational, music magical and acting amazing. Not sure how you can top this!  Worthy of a Tony!’
‘What a fantastic show! I was overwhelmed not just by the wonderful performances of everyone involved, with outstanding acting, singing and dancing, and amazing circus skills, performed with such confidence from the youngest through to the older cast members. However, what impressed me most was the way the entire cast worked as a team and their sheer enjoyment, which shone through in every aspect of the show. A truly memorable evening and one which I felt privileged to have experienced. Well done to all involved for such a brilliant show!’
‘Forest School’s recent performance of Barnum was breath-taking, not what one might expect from a mid-year school show! The musical was an extraordinary showcase of the talent of all children involved from stunning solo performances, group songs, tap dancing, acrobats, musicianship. It was gripping from start to finish and refreshingly diverse and energising. Well done to all staff and children involved in such an ambitious project and thank you for putting on such great family entertainment for us all!’
News & Events
More news a hive of activity
PREV NEXT
Whole School Outstanding! Forest retains Platinum award for SafetyMARK accreditation!
Whole School Year 12 Pupil’s National Theatre Success!
Whole School Our International Biology Olympiad Star!
Whole School Are you ready to ROCK AND ROLLLL?!
Whole School Lower School Shout Out!
Whole School Communication is Key