Thomasina was visited to hold a workshop and answer career questions with 25 year 9 pupils.

During her visit, Thomasina talked about her career as an artist and designer.  Her many credits include artwork for the film sets of Harry Potter, Notting Hill and Paris fashion week.

In the workshop Thomasina gave pupils a design brief, similar to those she has worked on. Pupils created their own drawings and collages on a theme inspired by a word they had chosen.  Following this, the pupils presented and discussed their work to the group. 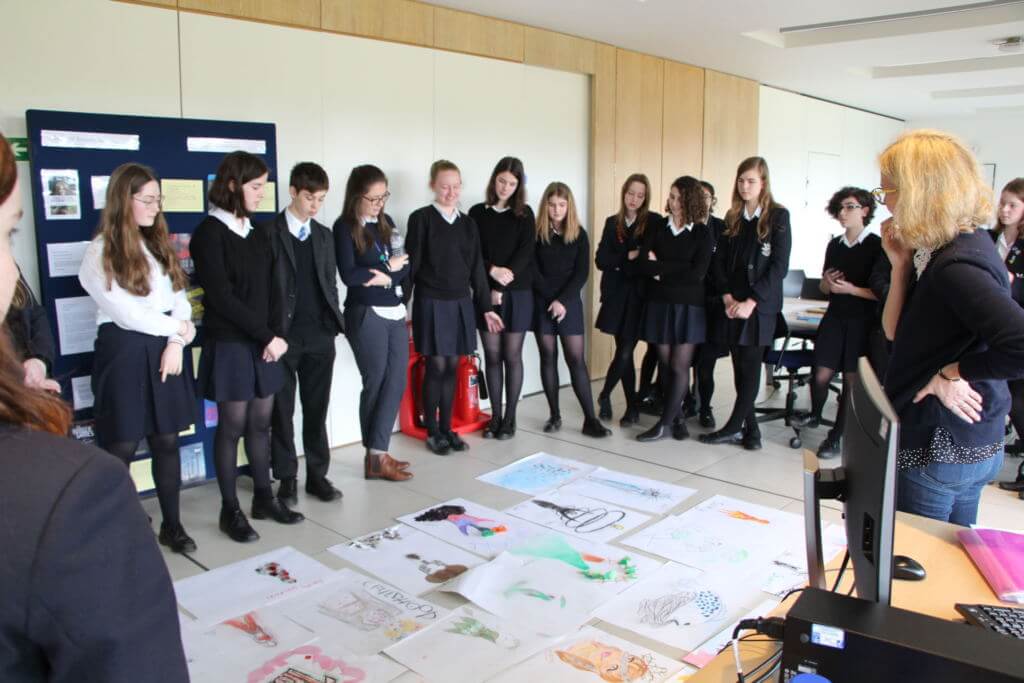 Comments from pupils were also very positive, one describing the workshop as ‘an amazing opportunity.’